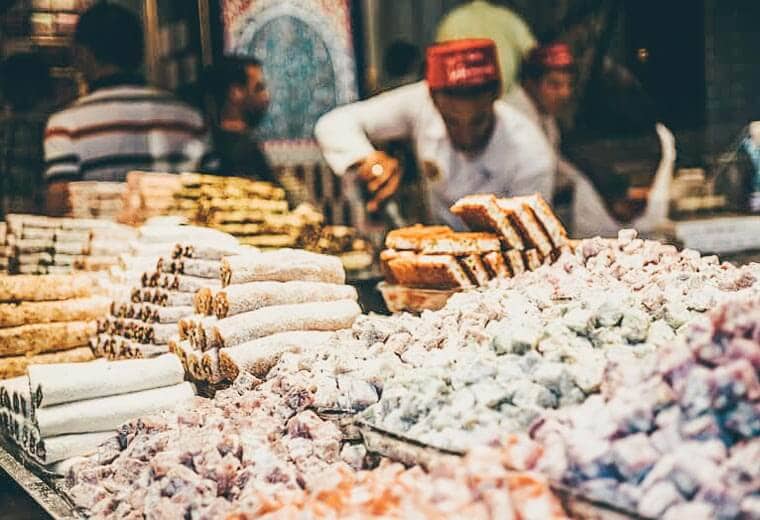 With many foodie travelers starting to get burnt out on over-loved destinations such as Thailand and China, the pioneers in the niche are constantly on the hunt for the next big place to nosh on sublime street eats.

There are several candidates where one could head to seek out new meals and new ways to consume local foodstuffs, but one place not actively being considered, likely due to its portrayal in the mass media, is the Middle East.

While certain corners of this region are currently experiencing strife, other places are relatively safe to explore and experience.  With this in mind, there are a few cities within the Middle East that we would like to introduce to you, so you can go there and spread the word about the great gastronomic experience one can have in this region.

Despite the turmoil in the near past between Egypt’s military government and supporters of the past president, Cairo can be a safe place to visit if one keeps their wits about them and exercises common sense.

With that said, Egypt has many interesting dishes for the inquisitive foodie, as this country straddles the border between the Middle East and North Africa. Many can’t afford to eat in proper restaurants here, but they do have enough money to sit at a street corner, and eat common favourites like Mumbar (stuffed intestines), mahshi wara’ inab (stuffed vine leaves), ful medames (mashed fava beans), and of course, fried falafel balls.

Home to one of the most progressive countries in the Middle East, not only is Jordan a welcoming place for foreign tourists, but it also has a thriving street food scene.  Mostly located in the Eastern half of Amman, many simple delights can be found in the lower recesses of this young, but intoxicatingly exotic city, including fresh hummus with chopped onions and freshly fried falafels, cheese, egg and thyme stuffed bread, and the heaven sent meal of every late night wanderer, freshly-carved meat off a hot spit, placed straight into a stomach-silencing shawarma sandwich!

Another city sitting atop a continental/regional boundary, Istanbul expertly melds the culinary heritage of the Balkan region of Europe with the standard favorites of the Middle East. Apart from the ever popular doner kebab, foods that the hungry adventurer should consume include lahmacun, a meal that resembles a pizza in composure (topped with ground meat, onions, tomatoes, etc), balık ekmek (grilled/fried fish that is then stuffed inside a bread roll), and kokoreç (grilled sheep intestines).

Though it may not be as celebrated as foods in better known places such as Southeast Asia or Europe, street food of the Middle Eastern cuisine is very savoury, and will satisfy your soul after a long sightseeing in this intriguing part of the world.  Taken together with the unforgettable people that call this region home, it will make your trip here one that you won’t soon forget!