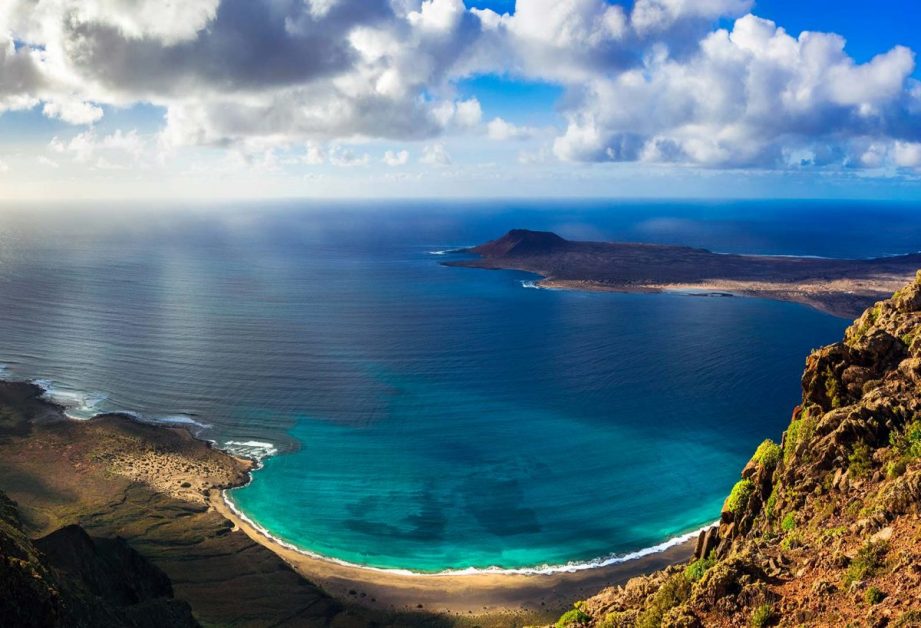 So I figured, there must be loads of people out there like me that also don’t know much about the Canary Islands, so I thought I’d share some facts that I’ve learnt from the internet and some friends who have been there.

When I heard this, I was thinking, “No way! That’s so cool!” and the best place to do this type of cooking seems to be on the volcanic island called Lanzarote. The island hasn’t had an eruption since the early 1800’s but there’s still loads of heat below the surface that is harnessed by the El Diablo Restaurante (The Devil’s Restaurant…quite a fitting name I’d say). There is a hole in the ground (which looks more like the portal to hell than a regular ‘ol grill) and it’s built-up to create a standard grill…except this grill reaches temperatures in excess of 400°C (752°F! Waaat?!), which cooks your food, I would assume…instantly.

You Can Whistle while you Work, but Be Careful What You Say

The Canary Island called La Gomera originated an ancient ‘whistling’ language that is still ‘spoken’ today on a number of the Canary Islands. The language is a form of Spanish that pretty much sounds out the words into a whistle and is still taught to kids today to hold on to the island heritage. La Silbo Gomero (The Gomera Whistle) was used for super long distance communication across gorges.

Sorry Tweety, You Got No Business with the Islands

Our feathery yellow chirpers haven’t got anything to do with the island’s name. “Canaria” is Latin for ‘dog’. Whether the early European settlers saw what they called, ‘giant dogs’ of the furry variety or what the Romans called ‘sea dogs’ of the seal variety (because seals used to inhabit the Grand Canaries) but no one can be sure which ‘dog’ they named it after.

It’s Cheaper to Vacation in Tenerife than Mainland Spain

It’s sort of hard to imagine that a cluster of islands close to Africa is actually quite Spanish. I have a friend who went there expecting like a watered-down Spanish experience but instead got pleasantly surprised with how rich, vibrant and incredibly passionate the island people are. She also told me that because traveling to Spain on holidays is becoming just way too expensive nowadays (like almost everything else) she found that Tenerife flights and almost all flights to any of the popular Holiday places at Canary Islands were just way, way cheaper once she compared them.

The Islands, including Tenerife and Lanzarote were thought to have inhabited by the “Guanchinet” or “men of Tenerife” whereby the now used ‘Guanches’ word comes from. The people may no longer exist but traces of their culture are found in local food and music.