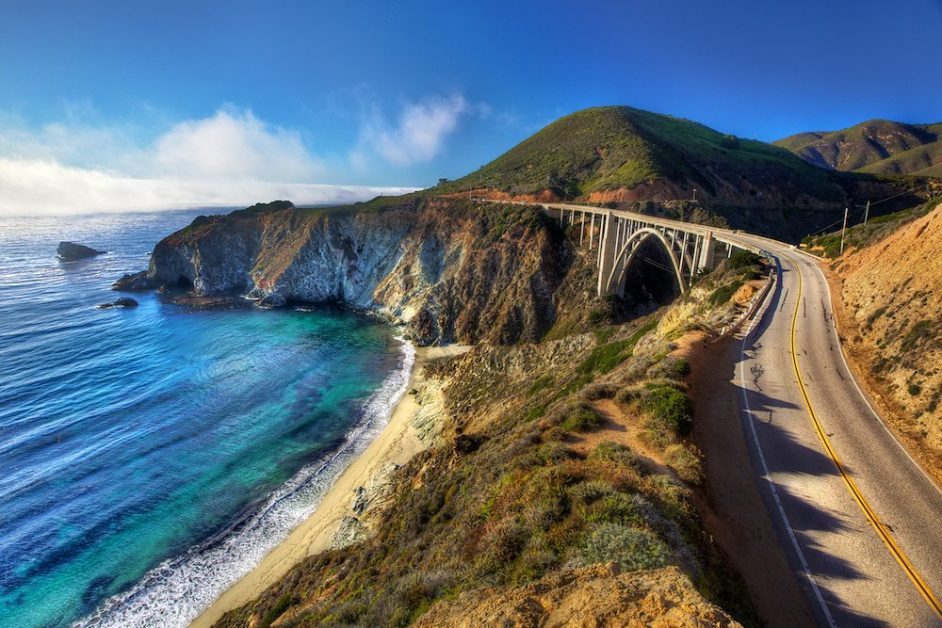 As the calendar moves into the middle of May (already?), if you haven’t started to think about your summer vacation plans, you need to start brainstorming soon. If your mind is locked in a state of paralysis due to a mixture of procrastination and panic, perhaps you would be more receptive to some suggestions at this juncture.

When all else fails in North America, nothing quite beats loading into the family car and hitting the open road in search of adventure. And since we all live on a continent that possesses an embarrassment of riches when it comes to the wonders of nature, an epic trip is never that far from home.

A classic trip that many folks in the western portions of the United States and Canada aim to take in their lifetime is a leisurely tour up or down the Pacific coast of the North American continent. From the countless rocky island paradises that are strewn across Puget Sound in Washington, to the perma-laidback beaches of San Diego, a world of discovery awaits those willing to pony up the gas money and indulge their wanderlust on a 1 to 3 week voyage north or south along the western seaboard.

While traveling is often its own reward, you might be wondering what specific sights that you should on the lookout for during your trip. From Washington State to Socal, we here at Special Holidays Guide have you covered. Let’s begin in the north, shall we?

If you are starting your trip from Canada, be sure to make a quick stop in Bellingham to pick up any provisions that you don’t already have for the coming journey. With many outlet stores here, supplies like tents, clothes, and so on can be picked up at a bargain compared to what it would cost you in the Great White North.

Following this, get caffeinated in Seattle before making for the Olympic Peninsula, where the mighty Pacific Ocean meets towering mountains and verdant rainforests in an outdoor paradise that brought about the existence of Olympic National Park many years ago. Those that wish to combine high alpine trekking, wilderness camping, and catching a few waves all in one vacation will be well suited, as all these activities are possible in this indescribably beautiful park!

While the coast throughout the west has varying degrees of epicness, perhaps no other place has coastal scenery quite like the Oregon Coast. Start in Astoria, a small city that was the ending point of the Lewis and Clark expedition that sought to find easy passage to the Pacific Ocean from the east. With scores of character homes, it is a charming place to walk around, and if you are a fan of the cult classic film “The Goonies”, you’re in luck: this movie was largely filmed here, with countless sights in town and in the general vicinity.

The rest of the coast has countless other small attractions that you may or may not find interesting, but what is inescapably amazing are the different looks the rugged Oregon Coast gives you in the hundreds of miles that you will traverse over the course of multiple days. Of the many sea stacks that you’ll see, Haystack Rock is one that you’ll definitely stop your car for in order to take in its massive scale, and its endless flat beaches create unique opportunities for surfer, stand up paddle-boarders, and philosophers to all ply their trades in search of spiritual enlightenment.

Entering Northern California, the rains that march ashore relentlessly in the damp winter season have given rise to some of the most massive trees in the world, the most remarkable stand of which is protected by Redwood National Park. Soaring over three hundred feet into the sky, they are truly a sight to behold, but these massive softwoods aren’t the only draw here: the sparsely populated nature of this region has made it a haven for wildlife such as black bears, sea lions, and bald eagles, so keep your fat lenses within easy reach!

Before making miles towards San Fran, make a stop at the City of Ten Thousand Buddhas in Ukiah. Being the largest Buddhist temple in the Western Hemisphere, this Vietnamese and Chinese influenced structure. Developed by its founder as a beachhead for spreading the word of this Eastern faith to those in the West, it is an ideal place to learn about the tenets of Buddhism in a place with outstanding natural and man made beauty.

After leaving part of your heart in San Francisco, begin your final drive south towards Southern California, making time to stop at Hearst Castle, a 20th century monument to the wonders of decadence, and Monterey, which has a world class aquarium that showcases local sea life (be sure to check out the tank with the glowing jellyfish – no joke). The biggest sight along the Pacific Coast Highway through will be the area around Big Sur, which is famous for stark cliffs that tumble down precipitously to the ocean below.

Arriving in the Los Angeles area, stopping by Venice Beach, home to the outdoor weight training center that made Arnold Schwarzenegger famous, and walking the amusement park ride and game filled pier at Santa Monica will prove to be attractions that will stave off the inevitable end to your trip, which would be best spent strolling along the length of San Diego’s relaxing sands.