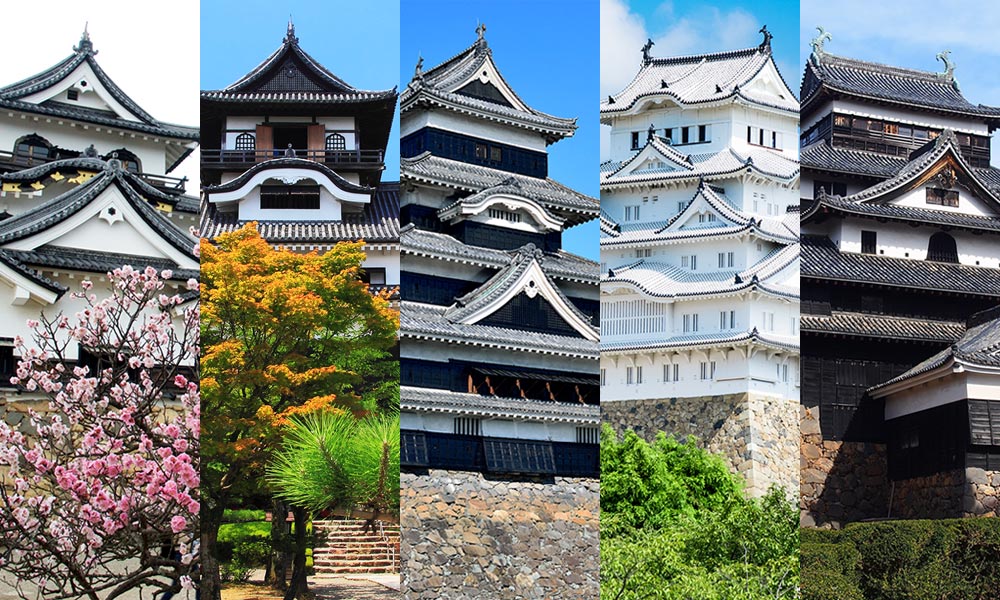 Kyoto was once the imperial capital of Japan and the largest city. It was also the most culturally enriched and economically advanced city in the country. It was not until modern times when Kyoto lost its towering significance to Tokyo and Osaka. But the heritage of Kyoto is still unparalleled and it is regarded as one of the must visit places in Asia.

Kyoto has one of the largest caskets of World Heritage Sites and it is also perhaps one of the rarest cities where the top 10 most visited places in Japan are either castles, temples or religious and historic sites. Any trip to Japan would be incomplete without exploring the castles and temples of Kyoto which are the roots of much of Japan’s history and presence.

Built in the year 1600, the Fushimi Castle is one of the most visited castles or temples in Japan. The castle was originally built in the 16th century but it was destroyed in 1596 owing to an earthquake. The present day Fushimi Castle stands as one of the grand examples of Japanese architecture and also houses the tom of Emperor Mejji.

Japan has some of the most fascinating Buddhist temples in the world and Byodoin is certainly among the best. Byodoin Buddhist Temple is a work of art in its finest perfection. The significance of this UNESCO heritage site can be ascertained by the fact that it features on the coin of Japanese currency.

Chishkuin Temple was built around the same time as the Fushimi Castle but in addition to amazing architecture and being an abode for Butsu pilgrims, the temple hosts tradition Japanese gardens that have been untouched by change through the centuries of development, wars and industrialization.

Nijo Castle is a gateway to the precious and extensive royal history of Japan. Not only does it contain relics from the past but it offers a gamut of knowledge for those who wish to explore the largest and richest royal lineages in the world.

There are numerous other castles and temples of Kyoto and it is perhaps a tad difficult if one intends to explore all of them unless there is at least a good week at hand. Some of the other popular castles and temples of Kyoto include the Kamigamo Shrine, Shimogamo Shrine, Tō-ji, Kiyomizu-dera, Saihō-ji, Tenryū-ji, Kinkaku-ji, Ryōan-ji, Nishi Hongan-ji, Daigo-ji, Ginkaku-ji, Ninna-ji and Kōzan-ji.