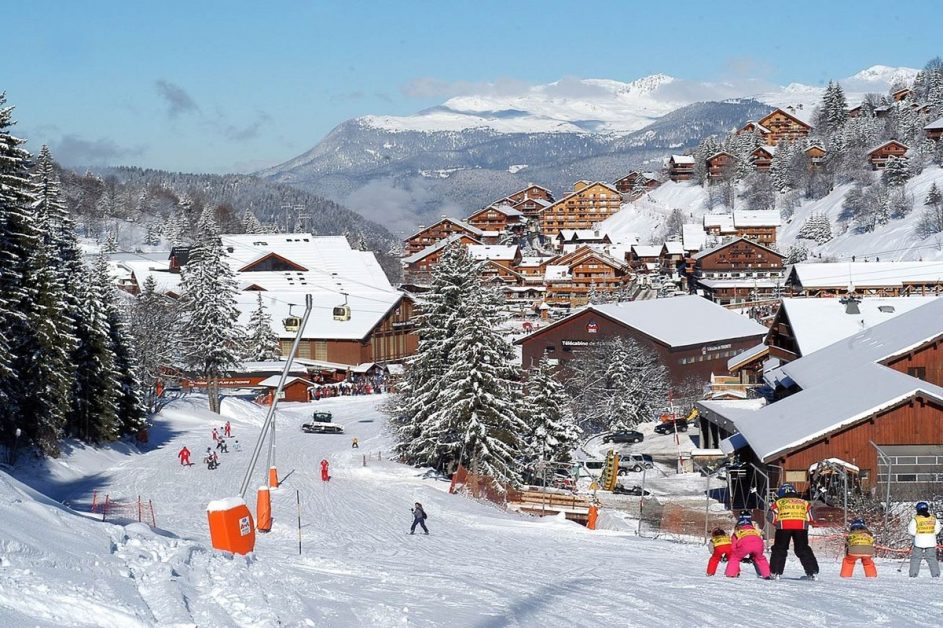 Few people would dispute that France is the most popular country to visit for skiing holidays in Europe, particularly from the UK. Of course, snow loving Brits in particular are partial to France due to the relative ease of getting there, but France also has a long skiing pedigree that stretches far back into the 19th Century. They may not have invented skiing in France (Norway takes that particular trophy), but they certainly are one of the best at skiing holidays.

Most of the skiing in France takes place in the Alps, where over 400 ski resorts are to be found. Although that may give the impression of beauteous mountains being tainted by the inevitable march of human civilization and the accompany power of the skiing holidays industry, the resorts only actually cover around 6% of the mountainsides, leaving the Alps relatively untouched and still every bit as beautiful as they were pre-development.

Many of these resorts link together, providing enormous terrain for skiing, offering skiers the opportunity to explore endless pisted runs and off-piste areas, ensuring there is never a shortage of fresh snow for the ski holiday goer.

Alongside Switzerland, France boasts some of the most prestigious ski resorts in the world, including its oldest – Chamonix, which was the proud host of the first ever Winter Olympics in 1924. Other resorts of note are Alped’Huez (particularly famous for its excellent ski school), Les DeuxAlpes (offering mixed ability skiing all year long thanks to the Glacier du Mont Lans) and La Plagne (a collection of 10 beautiful Alpine villages that combine to make one fantastic ski resort).

People are venturing farther afield than France as the skiing holidays industry grows and skiers are in search of new thrills and experience, experimenting with ski holidays in the southern hemisphere or in countries normally thought of as desert countries such as Morocco and Iran. As laudable as experimentation and new experiences are, it would be a shame to abandon French skiing altogether, as there is a reason that France occupies the space it does in the skiing universe. The French, quite simply, are excellent at hosting skiing holidays.

Skiing holidays in France have always been popular, and continue to be so; so popular in fact that a skiing holiday to France is almost a cliché. However, as is often said, clichés exist for a reason.

4 – 5 Star Hotels in Paris: Choose out from the accommodation options available in Paris for long term as well as very short and concise journey. There are lots of options to stay in Paris, including apartments, guest houses, PG accommodations, and hotels in Paris at affordable prices.